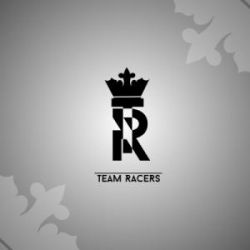 Born in the end of 2012 with three members Raid,Gq and Kacci.
In the early 2013 opened a local studio called RACERS and the team added a new member that is the freestlye king ROTA.
After all the hustle both members made them own a professional recording studio named RACERS STUDIOS and the Team turned to TEAM RACERS LIFE GROUP and also included new members CONSCIOUS,FRED MULLA and BIG POPPA.
They released their first single as a Team in the mid 2013 which was called NGOMA MOJA and later Tell A friend.
At the end of the year the Team started an entertainment company and that is RACERS ENT which signed artists like YOUNG T,TRIZ,KTRAVE GONGA ZOTE and DANTIZ.
Also released an Afro Pop single called WASHA WASHA.
Apart from their own projects they have also worked in projects like MIKONO TAKATIFU of DJ JEFF JERRY in which they did a track called HISTORY also a track with DJ FRADOH called KINA TO KINARA.
Early 2014 TEAM RACERS have introduced their Cloth line which is named TRLG CLOTHING and a video company named LIONHEAD EFFECTS.
Back to their music career they are having a trap song on air called KITENGE
And Early 2015 They Have Release A Hip Hop/Trap Song Named TRLG Tunavuka Mipaka ...
Read More...